It was the first Edinburgh Synchro Awards Night and Disco on Friday 19 January.

Almost all the club came along and it was a wondeful night. The raffle, which the swimmers had been selling tickets for since before Christmas, was drawn and there was an amazing array of prizes. In all £273 was raised for the club. 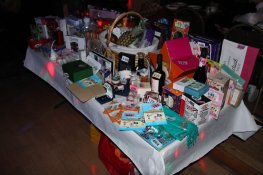 All swimmers who passed a grade during the year received a certificate, designed beautifully by Makiko.

After some dancing our team star awards were presented by the coach of each team. They went to:
Combo D – Ella
Combo C – Jessie
Combo B – Eilidh
12&under – Torri
13-15 – Baylee
Junior – Caitlin 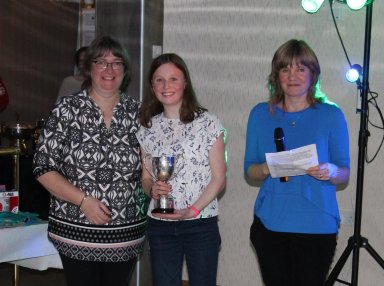 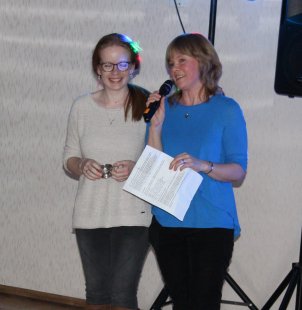 Congratulations to all our winners and all those who received a grade certificate.

The award section of the evening ended with Margo being re-presented with her trophy for East District Synchro Person of the Year 2017 and all the coaches receiving a box of chocolates for all their hard work during the year.

The swimmers and parents then danced the night away….