The club had another great weekend at the Scottish National Age Groups and Championships. This year the team was even bigger, with 23 swimmers competing in the age groups and eight in the recreational section.

Niamh and Cale won gold and Cara and Sara bronze in the National 13-15 duet. Edinburgh swimmers secured an amazing four of the six Scottish solo spots and Niamh won silver in the event.

National Bronze medal for Lucy in the 12&under solo 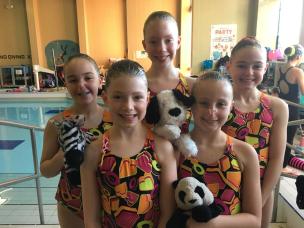 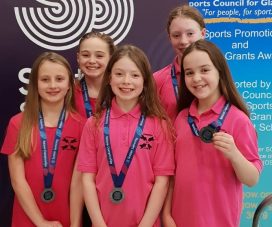 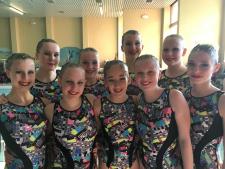 The competition ended with combination routines and Edinburgh entered one recreational and two competitive teams. The Back to the Future routine closed the competition and won the National bronze. 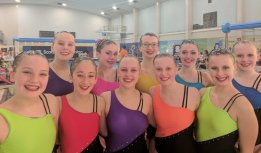 Competitive Combination team – Back to the Future

We are so proud of all our swimmers.

Full results are here.
Videos of the routines are here.